This apartment is located in the center of Madrid, in a historically protected building. It was an old stile dwelling, full of partitions and an obsolete distribution, full of walls and small rooms.

While the apartment’s original living room  looked out the street, the small kitchen, the entrance and an office were sitted at the rear. The bedrooms were very small and had very little natural light, as they were looking out a small patio. Front and back were united by a dark long hallway. 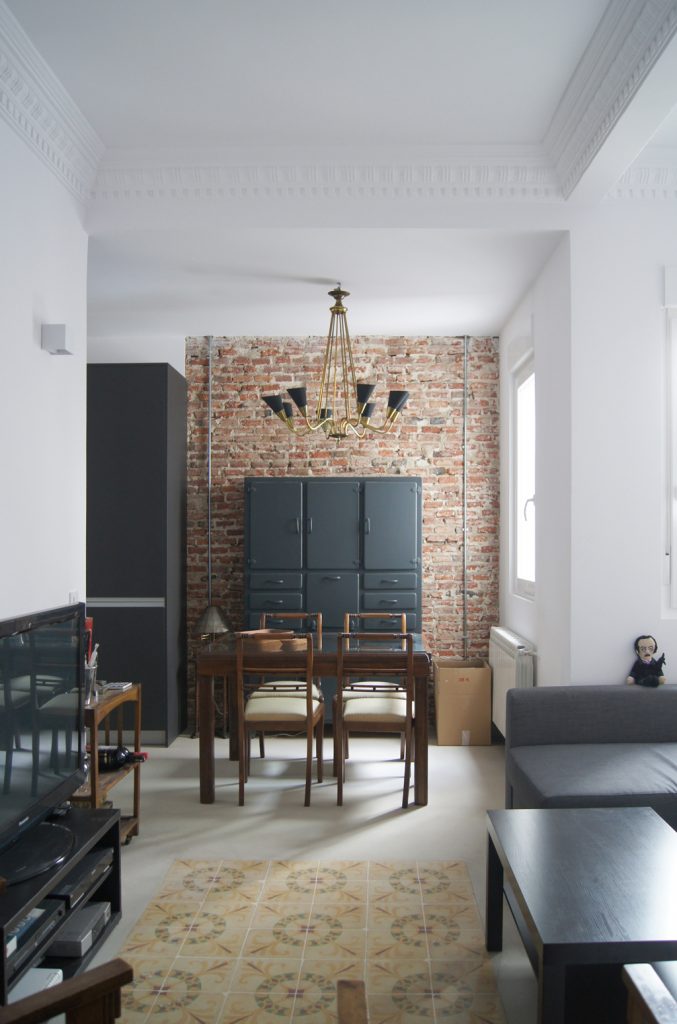 We opened all back rooms into one, locating the day spaces,as living and kitchen, restoring most of the original elements, as the moldings, the doors and the tile flooring we found under a linoleum cover. 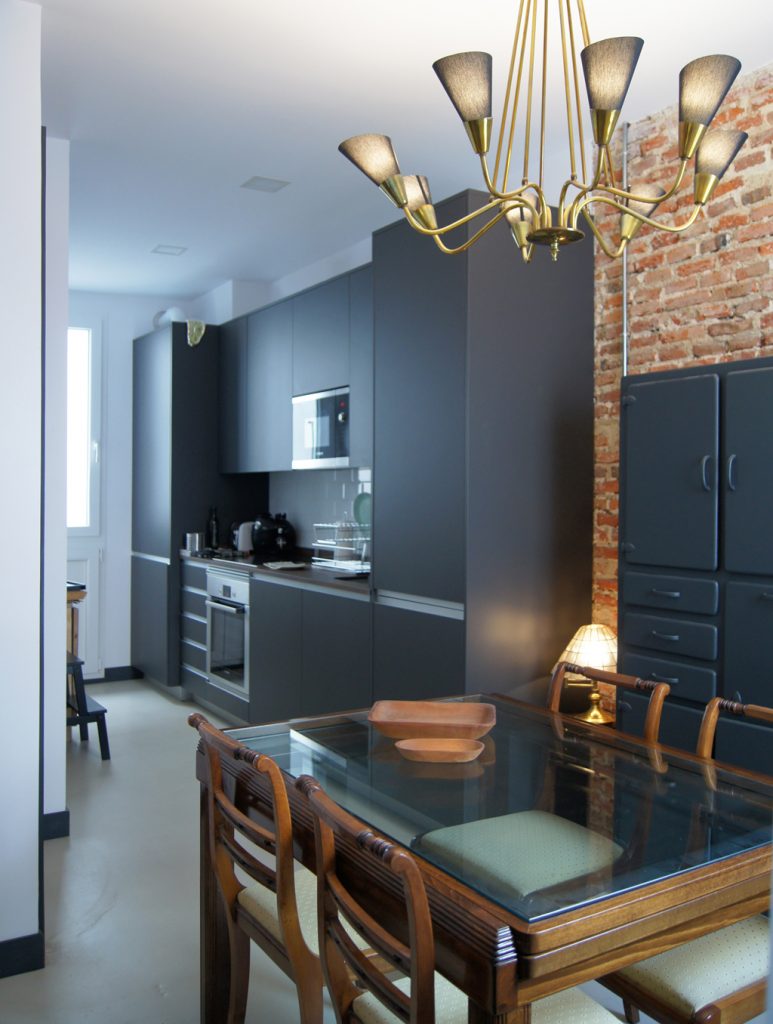 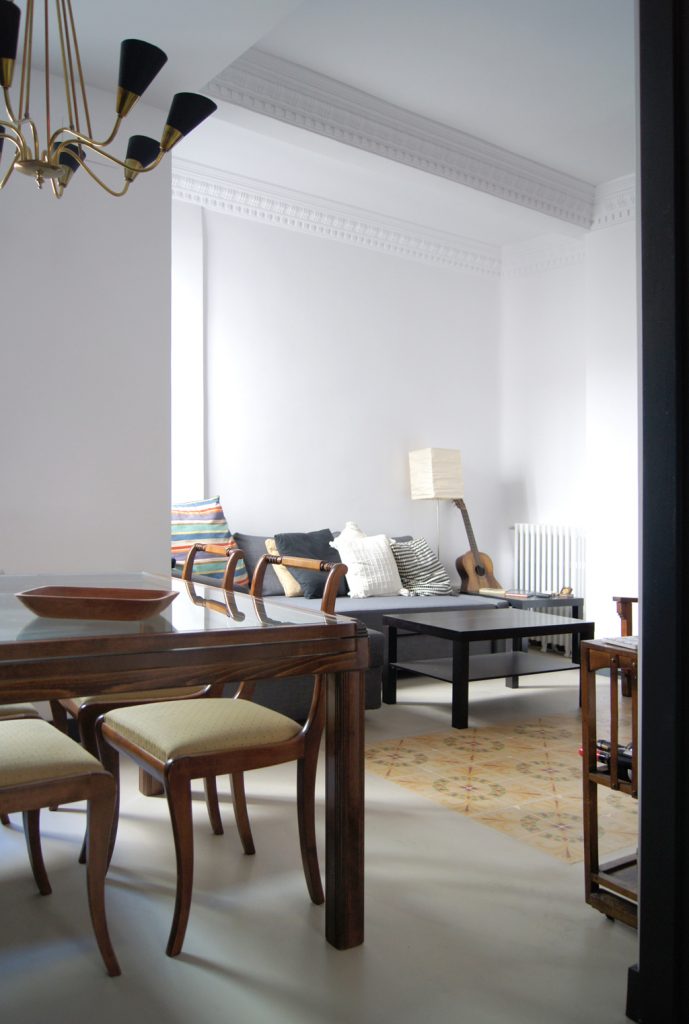 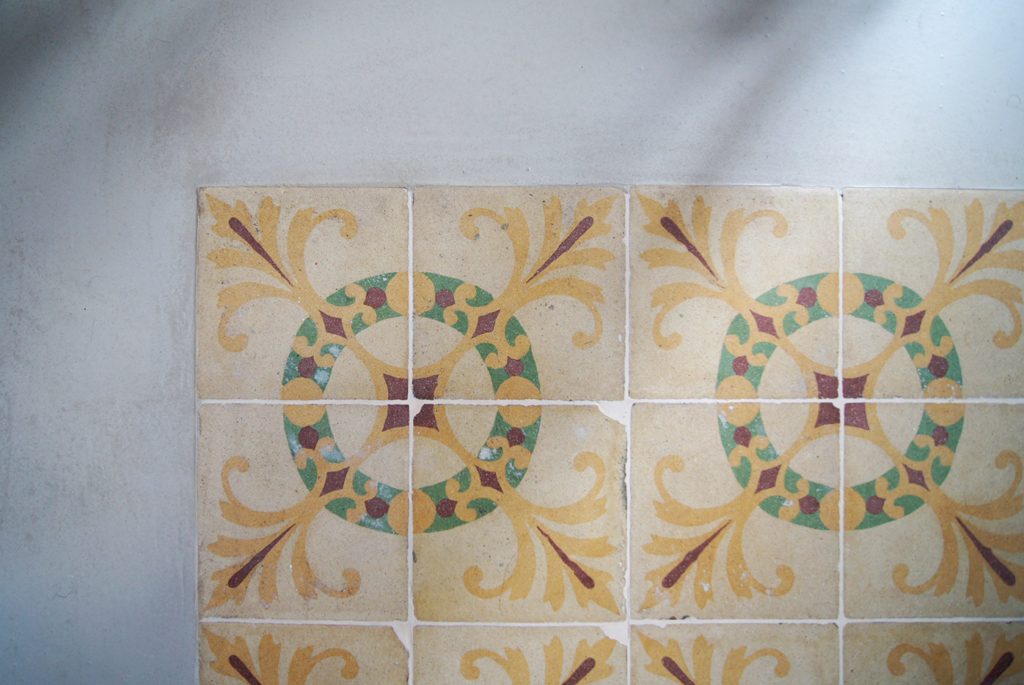 We used microcement flooring in this space, as the original flooring was fully damaged, and used the tiles we could restore to form a carpet in the living area. 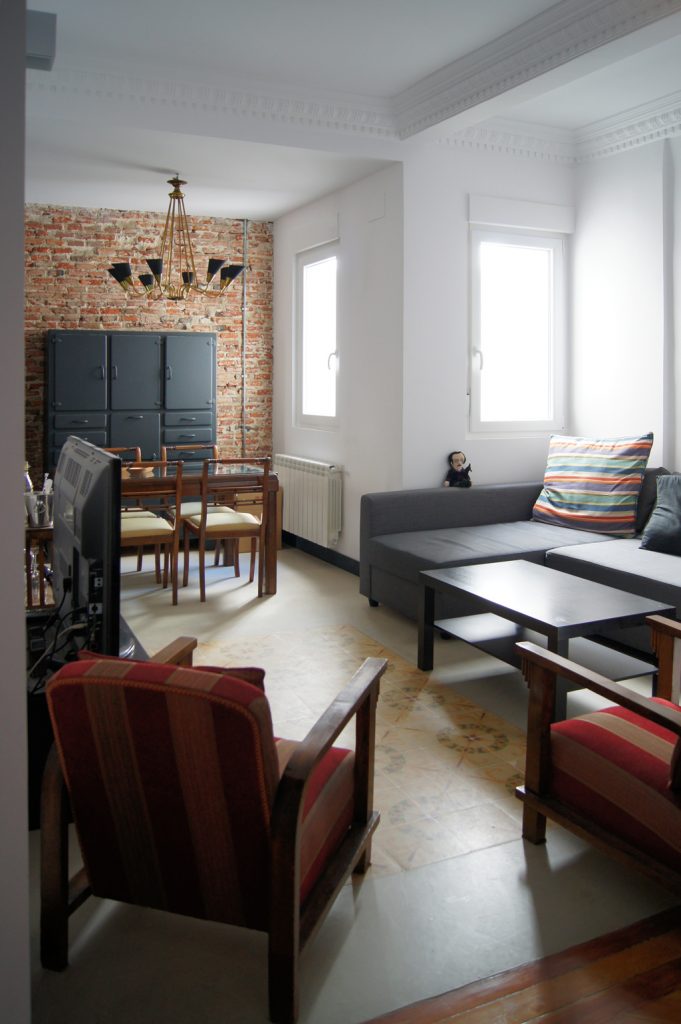 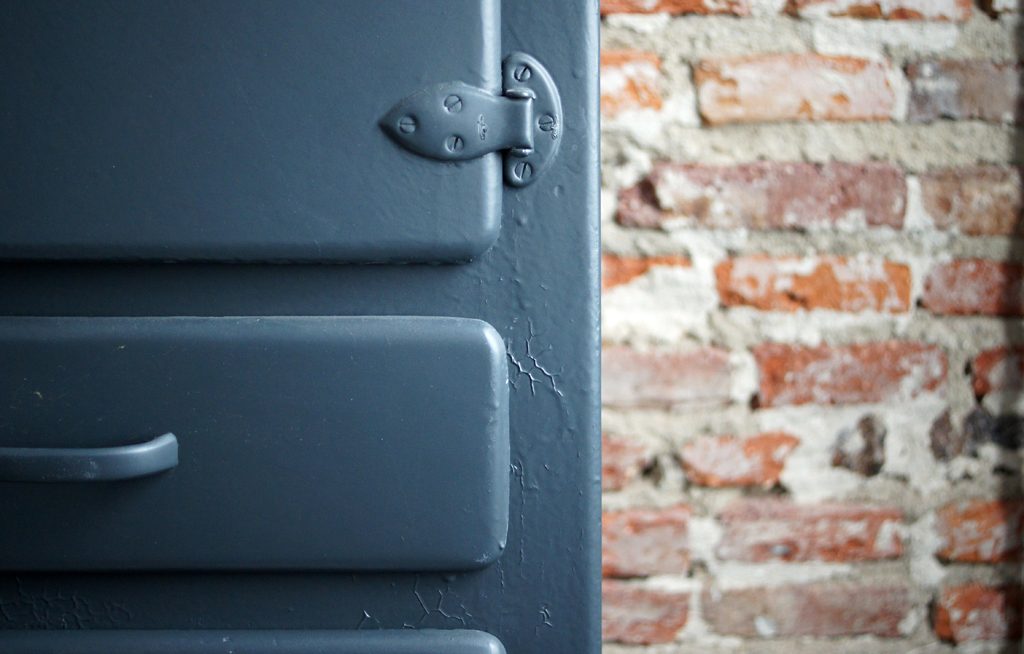 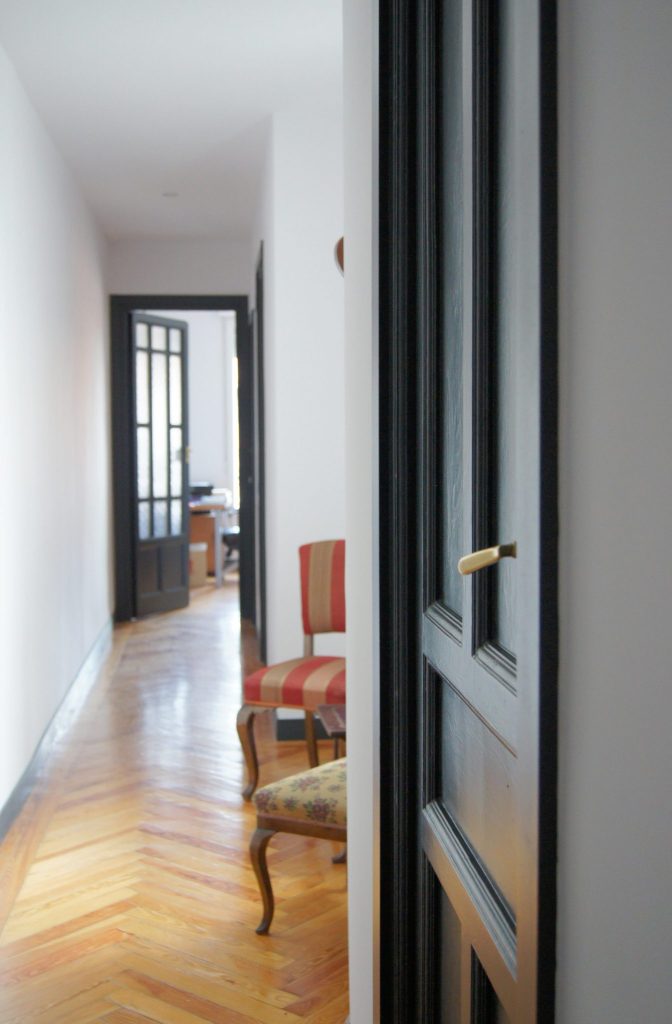 The long hallway that connects the front and back was very dark and full of cabinets. We opened this space by removing all the carpentry work, and using original glass doors that were in other rooms before. The result is a space full of natural light. 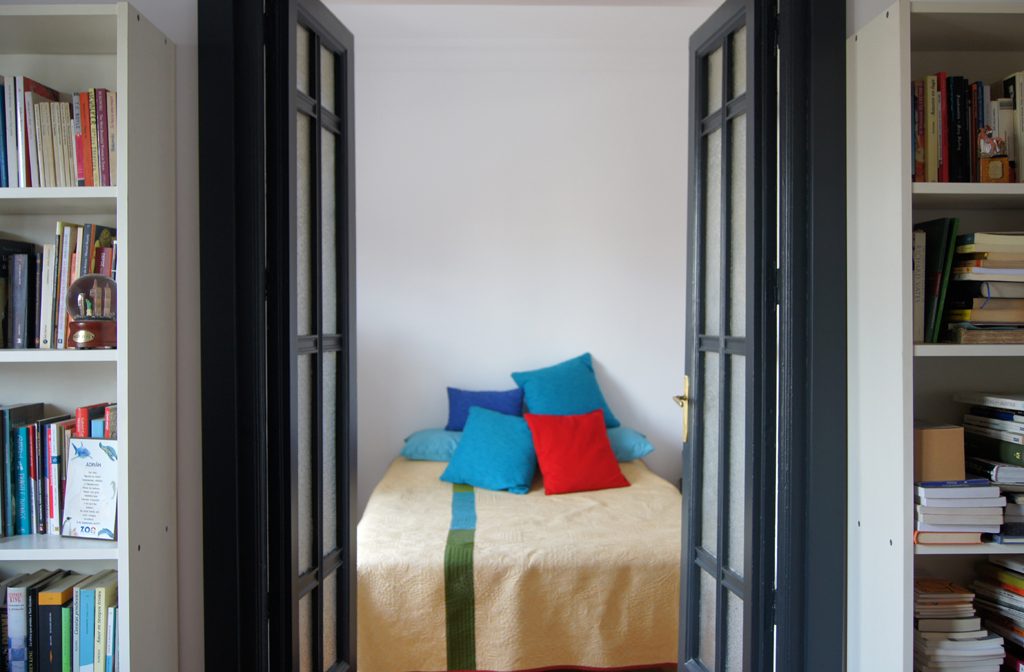 The main bedroom and working space look out the front facade now, and are a unique space, divided by a half height wall and reused original doors. 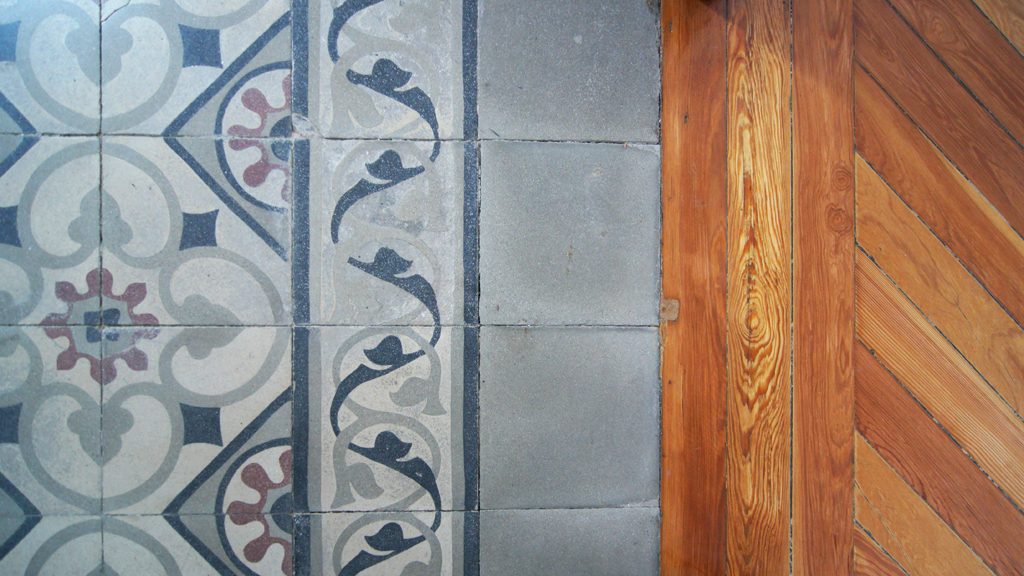 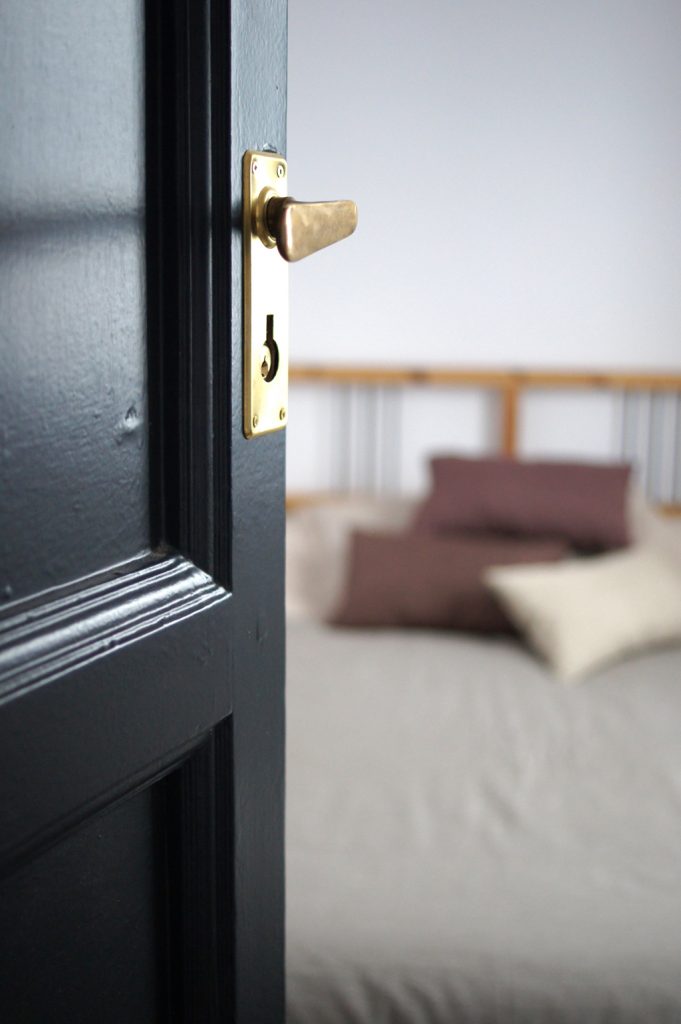 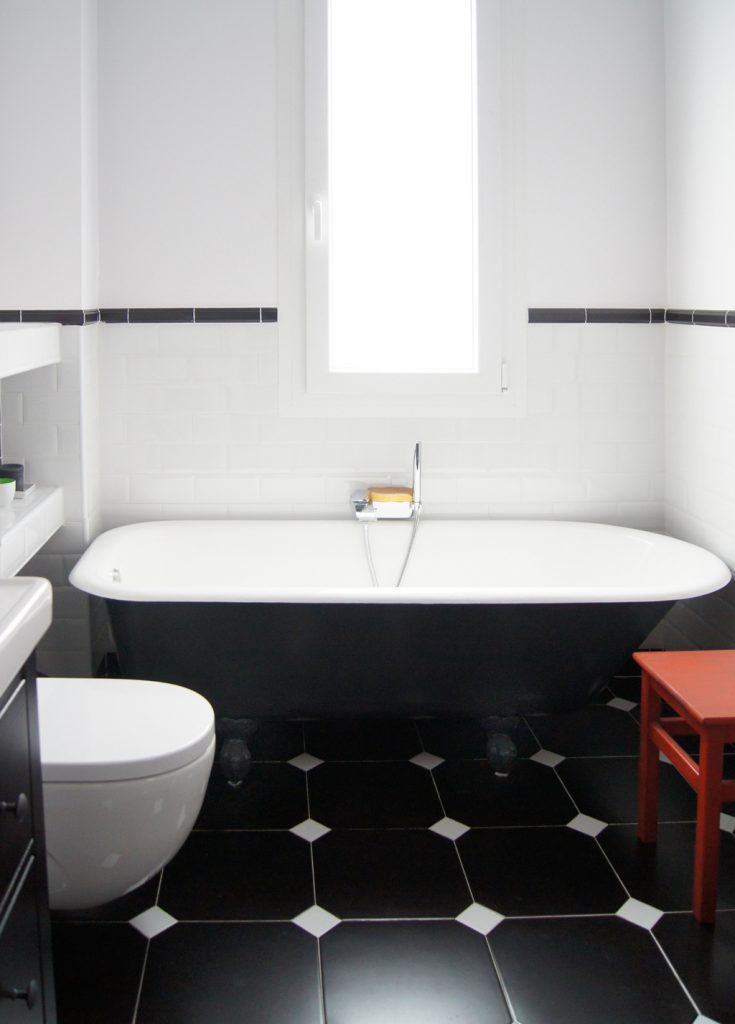 This project was made in collaboration with Patricia Revuelta and 437HomeStreet. 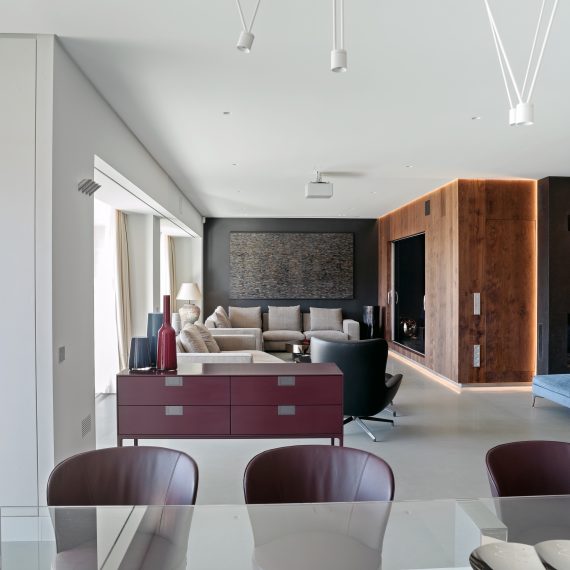 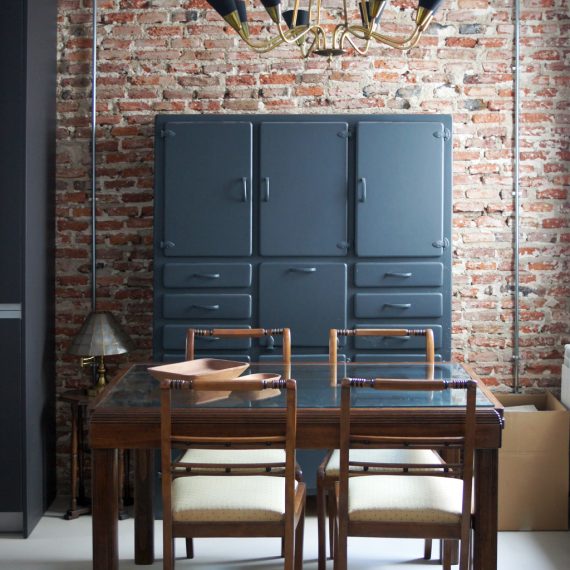 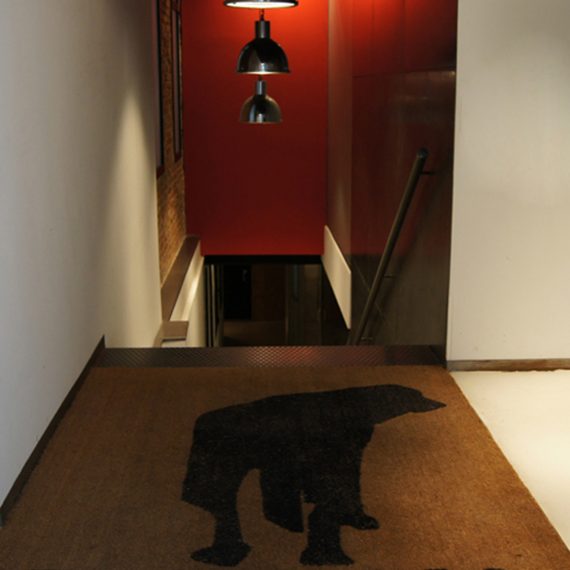 Interiors
We use cookies on our website to give you the most relevant experience by remembering your preferences and repeat visits. By clicking “Accept All”, you consent to the use of ALL the cookies. However, you may visit "Cookie Settings" to provide a controlled consent.
Cookie SettingsAccept All
Manage consent

This website uses cookies to improve your experience while you navigate through the website. Out of these, the cookies that are categorized as necessary are stored on your browser as they are essential for the working of basic functionalities of the website. We also use third-party cookies that help us analyze and understand how you use this website. These cookies will be stored in your browser only with your consent. You also have the option to opt-out of these cookies. But opting out of some of these cookies may affect your browsing experience.
Necessary Siempre activado
Necessary cookies are absolutely essential for the website to function properly. These cookies ensure basic functionalities and security features of the website, anonymously.
Functional
Functional cookies help to perform certain functionalities like sharing the content of the website on social media platforms, collect feedbacks, and other third-party features.
Performance
Performance cookies are used to understand and analyze the key performance indexes of the website which helps in delivering a better user experience for the visitors.
Analytics
Analytical cookies are used to understand how visitors interact with the website. These cookies help provide information on metrics the number of visitors, bounce rate, traffic source, etc.
Advertisement
Advertisement cookies are used to provide visitors with relevant ads and marketing campaigns. These cookies track visitors across websites and collect information to provide customized ads.
Others
Other uncategorized cookies are those that are being analyzed and have not been classified into a category as yet.
GUARDAR Y ACEPTAR